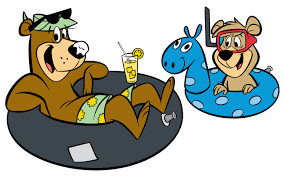 Human beings are an odd species, the ability to discriminate is a great skill and some would even say it is this that separates man and beast, however I know a dog who is very discerning, smarter than the average human.  Another thing about the human entity is the deep emotions that can drop a person into despair or make him or her weep when a child wins a sports trophy, a team wins a final or if somebody has a personal victory against all odds, we take these things for granted.  Those people who have done their research properly about things Alien or from Outer and Inner Space know full well that humans have certain characteristics that many others don’t.  Some space civilisations are so advanced technologically, on their journey of evolvement they have all but bred out emotion in their quest for excellence in specific areas; their bodily forms are adequate for their lifestyles, some have big heads and tiny bodies with minimal or virtually no muscle tone, some have no ears because they didn’t need them any longer and others survive on various gases or light forms.  There are many that would not survive a moment here without a breathing apparatus, in the same way if humans go too fast or far into deep space they would get turned into jelly;  there are others whose bodies are similar to human beings such as our friends from Alpha Centauri (who are closely aligned with the Venusians who met behind the scenes with the Governments in the 1950’s),  if you looked closely at their bodies you’d see areas that are designed to protect them and so they can function comfortably in aquatic and gaseous environments.  This diversity is no big deal really, simple as:
1) There is life on other planets.

3) Species adapt, evolve and develop a body to suit the world they move in
:
If it’s Convincing Enough, Humans Will Believe Anything
The fascinating thing about humanity is the human being is not really over scientific in the way he/she experiences the world.  There is an assumption that because we have been given information that most people agree on, it must be fact.  Think carefully about that last sentence and you will understand the problem, your brain might just light up like a pinball machine when the coin drops; when you understand the implications that our world is built on assumptions you will begin to be able to dismantle the untruths that create the human prison house that inhibits mankind.  Essentially there are many agreed upon untruths.

Rewiring our Vision of the World Around Us
A wise man or women must always be prepared to be wrong about everything. I like the idea that in a split second we have the ability to go from being a genius to ignoramus and back again; it’s very humbling.  Being wrong is okay, I don’t mind being wrong however I am adamant about what I know if it’s based on personal experience, I will stand my ground on things that have come out of going through various processes and have eliminated doubt. And that does not mean I am not open to new information, it pours in every day at lightening speed.
:
Kids are interesting, we’ve all been there.  A mum says, “don’t touch that, it’s hot”… the sound of a howling child fills the neighbourhood.  On the other hand we have the situations where we are told there is a God, depending on how severe the indoctrination aka upbringing is, a person may run through their life doing rituals, saying prayers, doing all the ‘right’ stuff that God wants.  When something happens that is not so wonderful, some people who have been shaped by the ‘guilt ridden judgemental church’ even think it is a punishment and go about their business not even questioning option B, C, D or other. Let’s go there.
:
So many of us dress the same, it’s a follow the leader mentality. In a world of petty tyrants and bullies this is understandable because ‘fear’ holds the power over the community. Fear is useful, we see a tiger in the wild or in the world where I grew up a shark in the water is more common, often they are minding their own business but sometimes lunch is their business and there’s no need for me to go into detail.  Fear is a very normal thing but there is a world of paper tigers and paper mâché dragons that have people spellbound.  One of the great monsters that I will call The Fear of Change Dragon keeps people on a repeat loop, it’s safe to do the same thing and not step out of line.
:
The Dreamers and Forgetting the Known
From my experience of watching the world, people and their behaviours it seems obvious that brilliant people, the dreamers, the wayfarers often come from the left-field.  What I mean here is in many cases they didn’t fit in, they were on the ‘outside’ but managed to turn the fruits of their experience into wisdom.  There are others who didn’t survive the journey.  There are many things that impact on how a person navigates it all but I do think that it is the OPINIONS of OTHERS and how they ‘stick’ to a person that makes the difference.  If a person does not have what I would refer to as enough ‘personal power’ then they will crumble because the dominant world views of others will be given a much higher degree of importance than personal experience.  An example is religious indoctrination.  I am not saying that religion or philosophy for that matter has no place but the truth of the matter is it is second hand knowledge, information comes through a lot of filters and agendas and is not based on personal experience; others experience may drop a hint on which way to go but unless we live it it is just a story.  A person may spend their life enslaved by an erroneous doctrine and it is the attachment to the doctrine that prevents the person from seeing a grander picture because the ‘mind space’ is so full of information it will block the view and prevent exploration of grander concepts.
:
Unless we totally abandon what is ‘known’ there is little hope of heading into super-consciousness.  The thoughts of others, opinions of the world create a MIRAGE in the mind-space of each individual and the thoughts are so thick they prevent the individual from seeing what is really there.  A transparent view is critical if a person is serious about the journey of the Spirit.  The statues people pray to and with, the beads, the tainted scriptures, the Gurus and Masters, the Gods, the Spiritual practices are all an obstacle to freedom, they come with baggage, they zip a person up into the bag and prevent real experience from unfolding.  It takes incredible courage to abandon everything a person believes to be true.
:
May all beings be happy and find their way